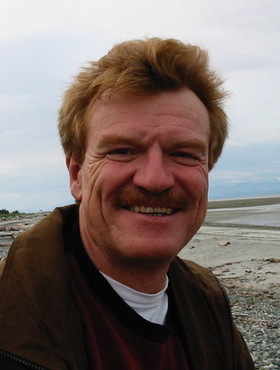 Kenneth Alan "Al" Callbeck, passed away at age 68 peacefully at home in Beaverbank NS, on October 20, 2021.

Al was born on August 23, 1953 in Summerside, PEI.  He grew up in Fredericton, NB where he began a long career in the retail/service industry starting in the produce section at Tingley’s grocery store.  This was followed by travel out west to Alberta and British Columbia (and beyond) working for companies such as Mac’s and Home Depot.  He eventually made his way east to NS where he ended up doing work as a project manager in various parts of Atlantic Canada.  He was always generous with his time and knowledge with his varying staff.  He also had a very green thumb and had won awards for his gardening efforts.  Al was married to “his Sweetie”, Kim, the love of his life on September 19, 2021.   He was a wonderful man always with a ready smile and laughter dancing in his eyes.

He is survived by his spouse, Kim and stepson Zachary O’Toole.  He was predeceased by his mother, Linda Alberta (Hardy) Callbeck on September 18, 2016.

In lieu of flowers, donations may be made in his name to the Alzheimers’ Society of Canada as well as the Canadian Cancer Society.

Share Your Memory of
Kenneth
Upload Your Memory View All Memories
Be the first to upload a memory!
Share A Memory