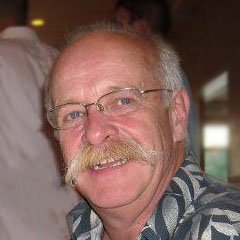 With a keen sense of humor and a quick wit like no other, it was easy to instantly love Gary upon meeting him. He leaves behind his cherished daughter Cathy (Tymek) Koman, Melbourne, AUS; his beloved son and best friend, Jesse (Cari) Wambolt, Beaver Bank, NS; and daughter Sergeant Meghan Wambolt, Edmonton, AB who made him beam with pride. He also leaves behind his heartbroken partner Theresa LeClair of Lower Sackville, NS and stepdaughters Erin and Natasha. He was a loving grandfather to three girls who were the lights of life. The spirited Leeloo and Ziggy, and little Charlie Kay; as well as Theresa’s grandson Chase.

Gary was a skilled contractor, avid reader of mystery, and unofficial therapist to many. He was always willing to lend an ear and give advice to anyone who needed someone to lean on.

The family would like to thank the staff at the QEII and Victoria General who were able to make Gary comfortable in his final weeks before he succumbed to a rare bone marrow disease.

Gary was a staunch lover of cats of any kind. Donations in his memory may be made to the Nova Scotia SPCA on their website or by calling 1-844-835-4798. He would love it.

A celebration of Gary's life will be held on September 12, 2020 from 12-4 PM at the Lower Sackville Kinsmen Community Centre Hall.

Share Your Memory of
Gary
Upload Your Memory View All Memories
Be the first to upload a memory!
Share A Memory
Plant a Tree